Towards a massive screening of COVID-19? The EasyCOV saliva test

You Are Currently Here:Home > Vaccines and Therapeutics > Towards a massive screening of COVID-19? The EasyCOV saliva test

This article is available in:

Published On: September 11th, 2020By Fatéma DodatCategories: Vaccines and Therapeutics 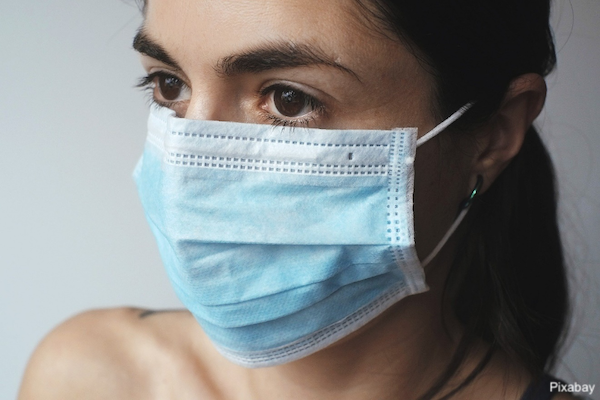 This article was originally published on Point-Science

“Test, test, test” has been the leitmotif of the World Health Organization (WHO) since the start of the pandemic. However, mass screening requires a rapid, simple and effective detection test. To answer this question, french researchers carried out a real race against the clock in the laboratory in order to produce and market this test in record time. This one, called EasyCOV1, requires a saliva sample and provides the results in 1 hour. Back on this test and its mode of action.

Principle of the EasyCOV test

Developed by three companies of ALCEN2 group (Tame-Care, SkillCell and Alcediag (Sys2Diag / CNRS) based in Montpellier (France), this test is based on isothermal amplification technology mediated by reverse transcription loop (RT-LAMP)3. This technique, which is particularly effective in detecting a wide range of viruses, is used to amplify genetic material from tiny amounts of DNA. In this case, it identifies whether an individual is positive or not for COVID-19 from a saliva sample.

For this test4, saliva sample is taken using a pipette and placed at 65° C for 30 min, in order to inactivate the components of saliva which may affect the reaction. Then, extract of this sample is transferred to a new tube containing the chemical reagents necessary for the amplification. In the case of SARS-CoV-2, the virus’ RNA must first be transformed into DNA. This step is done through an enzyme called reverse transcriptase.

DNA is then amplified by mixing:

The tube is then placed in a constant heater at 65 ° C for 30 min. The amplification of the genetic material is then initiated, with the formation of loop structures, explaining the name of the technique.

The addition of an intercalating dye like SYBR green allows colorimetric detection, which induces a yellow color for saliva positive for SARS-CoV-2 and an orange color if it is negative. For a more precise result, the tube can be analyzed using the mobile application EasyCOV reader launched for this purpose. Developed by VOGO5 company, this application can give three types of results: positive, negative and ambiguous. In addition to automating the analysis of results through this application, VOGO also provides hosting and secure management of health data.

Comparison with the classic test (RT-qPCR)

This test was compared to the classic screening test using a double-blind clinical trial on 130 patients in a Montpellier hospital center – from which 7 were excluded due to the insufficient quantity of salivary material for testing. The authors indicate in their study6 (not peer reviewed yet) that most of the samples negatively evaluated by the conventional technique gave the same results using their innovative test. At the end of this study, the specificity* and the sensitivity** of EasyCOV screening with EasyCOV were respectively evaluated at 95.7% and at 72%.

Some studies suggest7 that saliva tests are more sensitive and data are more reproducible than nasopharyngeal swabs that are currently used.

The classic COVID-19 test is based on nasopharyngeal swabs. This technique, which is not considered to be painful, is however unpleasant8 because the swab is introduced far away into the nasal cavity. Also, it requires to be led by qualified medical teams and involves a risk of contamination9 of the medical staff. With the EasyCOV test, the collection is less invasive for the patient who can perform it himself and the risk of contamination is also reduced.

In addition, unlike the conventional technique whose genetic material amplification operates in repeated cycles with temperature variations requiring a thermal cycler, this technology requires only a simple heating device.

In general, patients wait one to several days for COVID-19 screening results because the analysis is done in the laboratory. With EasyCOV, the step of extracting RNA is avoided, which saves considerable time. Regarding all the steps listed above, the test takes approximately 1 hour.

It can therefore be carried out in different places which require a rapid response and cannot include the steps of collecting and transporting samples, or even laboratory analysis and data processing, such as airports.

* Specificity: ability to detect only patients and have the least false positives

** Sensitivity: ability to detect a maximum of patients and have the least false negatives

About the Author: Fatéma Dodat

Welcome to COVID-19 Resources Canada, an online national platform where we can join efforts to respond to the COVID-19 pandemic in Canada. To learn more about the mission and our team, visit our page