This article is available in: 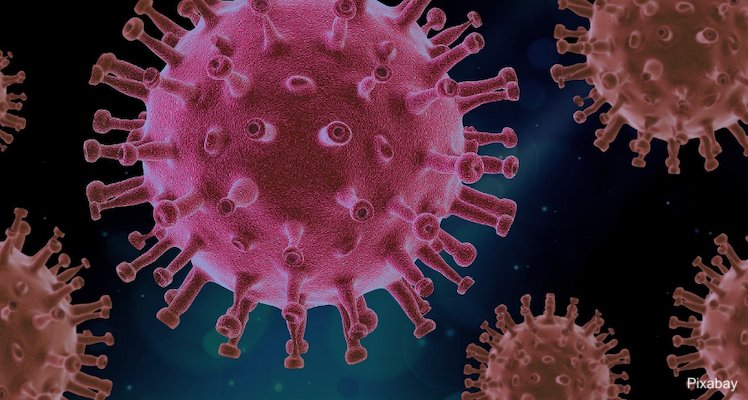 This article was originally published on IRIC

The research sectors particularly impacted by the pandemic are beginning to be identified. David Knapp, Principal Investigator at IRIC, in collaboration with David G. Kent (University of York) and Nagarajan Kannan (Mayo Clinic), highlight1 the consequences of the health crisis on early-career investigators and clinical trials. The analysis stems from data collected by a survey shared2 by the International Society for Stem Cell Research (ISSCR) among its members. Carried out between April 6 and April 15, 2020, 762 investigators from 52 countries responded. Here is a look back at this analysis published in Stem Cell Reports and on the main issues that were raised.

According to the survey, nearly 13% of participants were involved in clinical trials and more than 80% of them indicated that they were negatively affected by COVID-19. As the authors explain, many of those trials provide therapeutic options to patients for whom no standard treatment exists.

During the pandemic, hospitals transformed themselves into facilities to treat COVID-19 patients, prioritizing patient care and clinical trials related to the disease. Moreover, a large number of people feared going to hospitals, as they were worried about getting infected.

Because we don’t know when the health crisis will end, the authors are concerned that the trials will be significantly delayed at best and abandoned at worst.

Research not immune to COVID-19 impact

Although some laboratories managed to adapt their research activities to involve COVID-19, the survey showed that 65% were shut. Many graduate students, in the middle or near the end of their training, had substantial delays imposed on them, with over 70% of insecurity with respect to their defense or graduation dates. On average, the survey’s participants estimate that getting back to a reasonable level of research activity could take between 6 months and 2 years.

However, the scientific community managed to show resilience by adapting its projects and undertaking new collaborations for a future resumption. Moreover, that time was devoted to data analysis and writing articles.

When participants were asked to quantify their level of stress with respect to project timelines, writing manuscripts and current and future grant requests, and their career advancement, the mean average was evaluated at 3.75/5. The majority of investigators – and mainly those beginning their career – were particularly worried about increased research delays.

Furthermore, research grant competitions were postponed or cancelled, which created an additional unknown variable with respect to the future of the laboratories. While in some cases bridge funding has been put in place to cover those cancellations, it was not universal and could not fill the void of the early-career investigators who have not yet obtained an external grant to bridge.

Because it is much more likely that this issue mainly affected female investigators, the authors suggest that the lockdown period could be treated as a parental leave when it comes to their research funding and career advancement.

Two of the activities most commonly suggested by the participants to remain productive, while working at home, were to analyze data and write manuscripts. However, those tasks were achievable when the project was sufficiently advanced. Also, planning new projects and drafting grant requests for the future – despite lacking preliminary data – were seen as saving time in the future.

The authors point out that the lockdown provided an opportunity to develop bioinformatics and computational skills. Also, videoconference platforms allowed members of research laboratories and colleagues to stay connected and not feel isolated.

Finally, key elements to consider are the impact of COVID-19 on peer review of articles and how to answer reviewer comments when experiments cannot be performed. One suggestion from the authors is to avoid soliciting additional experiments, unless they are absolutely necessary, and to allow authors to discuss the limitations and uncertainties of their study. This would destroy the myth of the “perfect study” now required by many journals. On that matter, Dr. Martin Pera, Stem Cell Reports Editor-in-Chief, said: “I’m old enough to remember when a Nature paper had four figures and no supplemental material.”

The authors suggest to the scientific community, and in this case to the community of stem cell investigators, that they should get together to come up with a mitigation plan to limit the effects of the lockdown and of COVID-19 on research and more particularly, on early-career investigators and clinical trials.

About the Author: Fatéma Dodat

Welcome to COVID-19 Resources Canada, an online national platform where we can join efforts to respond to the COVID-19 pandemic in Canada. To learn more about the mission and our team, visit our page